Posted on February 4, 2020 by Waheeda Harris 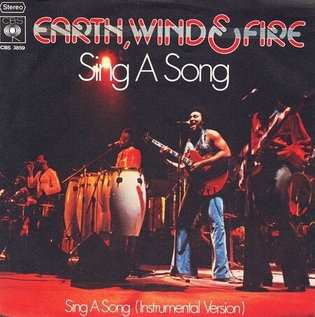 Written by Maurice White and Al McKay, the song was a mix of soul, funk and R&B and was the lead single from the double-album Gratitude, the band’s first live album and their sixth album release.

Mixing live songs with a few recorded songs, Sing A Song was one of the recorded songs, and rose to the top of the Billboard R&B charts, hitting number one for a week and then again two weeks later.

The album was certified triple platinum, and landed as the number two hot selling album of 1976, while Sing A Song did not chart on the Billboard Hot 100.