memories of the ’70s – Mandy by Barry Manilow 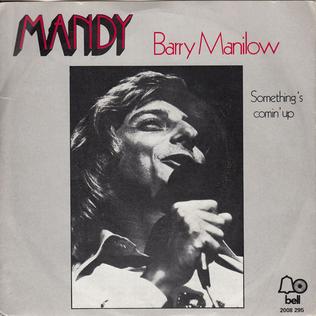 The middle year of the 1970s saw a song that was reinvented by Barry Manilow cruise to the top of the Billboard Hot 100 – Mandy.

Written by Scott English and Robert Kerr, the song was originally titled Brandy. English recorded the song in 1971. The song achieved top 20 status in the UK and was a minor chart hit in the US.

Brandy was also recorded by New Zealand recording artist Bunny Walters in 1972, and in 1974 Manilow chose the song as his lead single for his second studio album Barry Manilow II, after a suggestion by producer/record exec Clive Davis.

For his version, Manilow changed the title to Mandy, to avoid confusion with “Brandy (You’re a Fine Girl) a hit song by Looking Glass in 1972. Released in October 1974, the song rose to hit the number one spot on Billboard’s Hot 100 in January 1975.

This was Manilow’s first Billboard Hot 100 number one – the song also hit number one on the Easy Listening charts and earned Manilow his first gold record.

The song has been recorded by a variety of singers since Manilow including Johnny Mathis, Richard Clayderman, Clay Aiken and Westlife.