memories of the ’80s – The Living Daylights 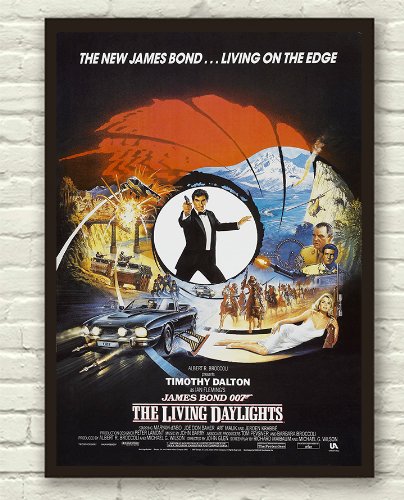 In the late 1980s, the James Bond film franchise decided to reboot with a new star in the movie The Living Daylights.

Timothy Dalton was chosen to play the British spy, and this 15th action film of the series was based on an Ian Fleming short story of the same name.

This was the last time the franchise used an official title from Fleming until 2006’s Casino Royale.

Dalton’s Bond first mission is to aid in the defection of a KGB officer (Georgi Kosov played by Jeroen Krabbe) during a symphony performance in Bratislava which he does and gets him back to the UK. However, the Soviet Union’s General Leonid Pushkin (played by John Rhys-Davies) grabs him back and Bond is tasked to find Kosov.

Bond goes to Vienna to track down the symphony cellist who seemed to help – and discovers she is the KGB officer’s girlfriend – Kara Milovy, played by Maryam D’Abo. Escaping Soviet henchmen, Bond realizes that Kosov may be a double agent and all things as it seems may not be as Pushkin informs him Kosov has embezzled from the Soviet government.

But who will Bond trust – Milovy, Kosov or Pushkin? Or none?

Written by Richard Maibaum and Michael G. Wilson, The Living Daylights is the first Bond film produced by Albert R. Broccoli, his stepson Wilson and his daughter Barbara Broccoli.

Released in June 1987 for the summer blockbuster season, the film’s budget was a hefty US$40 million, with shooting locations in the UK, Austria, Germany, US, and Morocco and the classic car: an Aston Martin V8, the largest car of the AM series, and a return to these cars after using Lotus sportscars in the previous two films.

This Bond was rougher and tougher, losing a bit of elegance and gaining a lot of grit and less humour. Fans loved it, with box office totals at US$191.2 million but it would be only the first of two films that starred Dalton.