In the middle of the 1980s, it was all about trucks, the Ford F series trucks.

In 1985, the bestselling vehicle of the year was an Ford F Series pickup truck.

Debuting after World War II in 1948, the Ford truck’s designed changed with the times, and became a standard of truck design.

In 1980, the truck’s design changed substantially, increasing the size of the chassis as well as redefining the aerodynamics of the truck. The seventh edition of the truck included for the first time power windows, door locks and side mirrors.

Inside the trucks stayed the same throughout the early 1980s with smaller updates due to changes in electronics. But its exterior was well-known, with its white stripe side panels and rectangular front grill with oval Ford logo.

Print ads have focused on the same adjectives year after year including the tagline “Built Ford Tough.” Television ads echoed the same sentiment. 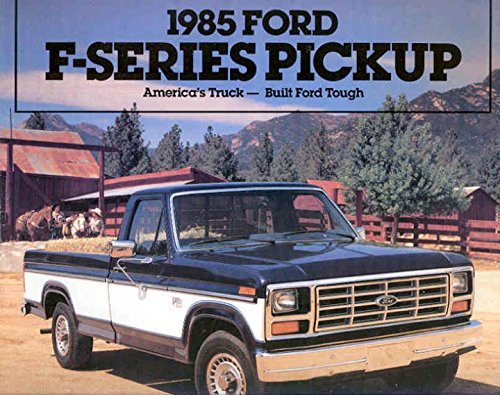 The F series trucks are worth $41 billion per year in sales, making Ford as a brand one of the most profitable on earth. Ford trucks continued to be popular, and are still in production.