memories of the ’80s – Original Sin by INXS

Posted on November 8, 2018 by Waheeda Harris 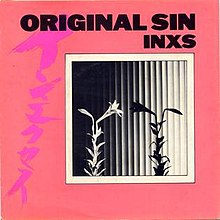 That first single that made this Australian band known in North America – Original Sin by INXS.

Written by Michael Hutchence and Andrew Farriss, the song was from the band’s fourth studio album The Swing.

Hoping to garner an audience outside of Australia, INXS went to New York City to record the album with musician/producer Nile Rodgers, who had heard the band when they played a nightclub in Toronto, Canada.

INXS released Original Sin as the single in December 1983 with a distinctive music video that had been filmed in Japan and received heavy airplay on MTV, MuchMusic and other video tv shows. The album The Swing was released in April 1984.

Climbing to number 58 on the Billboard Hot 100, the song steadily climbed the Billboard Hot Dance Club Songs charts, hitting number one on the dance floors. Music charts in several countries around the world and strong radio and video airplay helped launch the band in North America and solidified its presence in Europe.

As the first single, INXS had many continued successes in the 1980s, thanks to the strength of songs and music videos.