memories of the ’70s – Brass in Pocket by The Pretenders 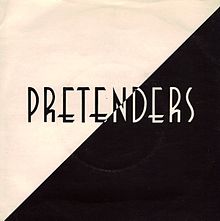 The end of the 1970s was the debut of a band that would create a lasting rock classic: Brass in Pocket by The Pretenders.

Written by Chrissie Hynde and James Honeyman-Scott, two of the four members of The Pretenders and was a song from a young woman’s point of view on having her first sexual encounter and being in control of the situation.

The song was the third single released from the band’s self-titled debut album on Sire/Warner Bros in November 1979. Initially Hynde didn’t want the song released as a single, but relented after the label decided it would make a strong release.

Previous singles Stop Your Sobbing (written by The Kinks Ray Davies) and Kid had made the top 40, but it was Brass in Pocket that nabbed the band its first number one single and the first number one song of 1980 on the UK Singles charts.

The song did well in Canada, Europe and Australia but didn’t hit number on the US Billboard charts. The album debuted at number one in the UK and stayed there for four weeks as well as was eventually certified platinum.

A pop culture junkie with a penchant for exploring our planet.
View all posts by Waheeda Harris →
This entry was posted in Pop culture and tagged 1970s, 1979, Brass in Pocket, Chrissie Hynde, debut, number one, pop, Pop culture, pop history, punk, rock, single, song, The Pretenders. Bookmark the permalink.