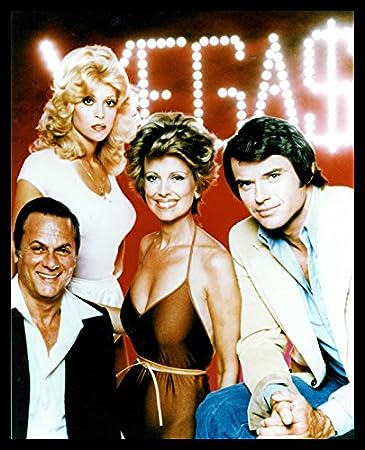 In the late 1970s, the salacious city of Las Vegas became the setting for the latest private detective drama: Vega$.

As a local private director, Tanna was known for driving the city in his red 1957 Ford Thunderbird convertible and as a Vietnam veteran who is still dealing with the effects of the war.

Focusing on the extremes of the strip, Tanna lives in a props warehouse adjacent to Circus Circus and is routinely on the job for casino owner Phillip Roth, played by Tony Curtis and assisted by Beatrice Travis, a former showgirl and single Mom who keeps Tanna in line.

And of course as he solves the crimes, Tanna interacts with LVPD’s Lt. David Nelson and Sergeant Bella Archer, showgirls like Angie and pool boy Binzer who provide comic relief and occasional intel, a wide variety of gamblers and the oddities of Las Vegas.

Debuting in April 1978 on ABC Television, the series was a classic Spelling drama, with the strong lead character, side characters who provided snappy come backs and supported the lead’s pursuit of the answer to the endless questions.

The series was never a big award-winner or garnered critics attention, but it provided another way to experience a city through a PI, late 1970s style in Las Vegas.