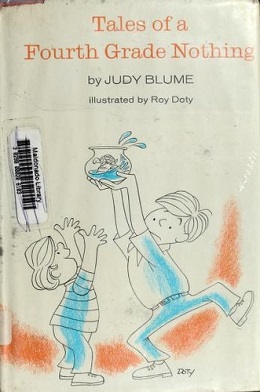 In the early 1970s, author Judy Blume kicked off a series that would become a favourite for decades with the novel Tales of a Fourth Grade Nothing.

The book introduces two characters: brothers Peter and Farley Hatcher, the latter who is known by his preferred nickname, Fudge.

Peter and Fudge have a combative relationship – Peter is nine years old and can’t believe how everyone tolerates the behaviour of Fudge who is two and a half years old. He throws temper tantrums, often plasters the walls with mashed potato and acts out constantly.

Fudge continues to draw all the attention of the family, from trying to fly and knocking out his front teeth, to taking off after going to the movies and making his family frantic with worry while they search for him.

Peter also tries to protect Fudge from Dribble, his pet turtle, won at his friend Jimmy’s birthday party, while tolerating his neighbour and fellow student Sheila, who often helps in babysitting Fudge.

And then one day, Peter comes home to discover Dribble missing, and Fudge claiming he ate the turtle. Is it true?

Published in 1972 by Dutton, Blume’s publication included illustrations by Roy Doty. Her book challenged the relationships of siblings in print and showed the reality of what its like – as well as the precocious intermediate age of elementary school.

The book was a success and was the first of the Fudge series, resulting in four more books that continued the stories of the Hatcher brothers and their friends. Tales of a Fourth Grade Nothing just celebrated 45 years in print.