memories of the ’80s – Halloween II

Posted on November 2, 2017 by Waheeda Harris 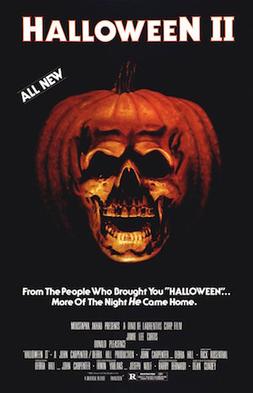 Three years after the debut of the first film, John Carpenter returns with Michael Myers in the sequel Halloween II.

After the success of Halloween, Carpenter had proven the allure of slasher/horror films and came back to finish the story of Myers.

Using director Rick Rosenthal, Carpenter wrote and produced the film with Debra Hill, his producer from the first film.

The film begins after the cliffhanger of the previous film. Although shot six times by Loomis and falling off a balcony, Myers survives and tracks down Laurie, who has been taken to the local hospital.

Myers continues to try and kill Laurie, attacking hospital staff in his desire for an unknown vengeance against Laurie. As she tries to evade Michael, Loomis and the local US Marshall discover information about why Michael is obsessed with Laurie and return to Haddonfield to protect her, and try to kill him again.

Filmed at a hospital in Los Angeles and Pasadena, the cast was different, including Michael Myers who was played by Dick Warlock, as Nick Castle, who played him in the original, was starting his directing career and was no longer acting.

Made for US$2.5 million, the 90 minute sequel was released on October 30, 1981 and received lukewarm reviews for the wooden characters and simplistic plot.

Although the film made US$25.5 million at the domestic box office, less than its original, the film was on par with other horror films released in late October, such as Friday The 13th part II and Omen III.

A television cut of the film has been a popular inclusion on television since the 1980s, a slightly different version from the big screen, showing less violence and gore regarding the murder of hospital employees.

Although Carpenter intended the film to be the last, consequent sequels resurrected the story and Michael Myers characters to limited success.