Posted on September 7, 2017 by Waheeda Harris 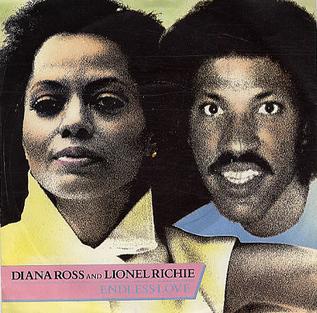 Two well-known singers collaborated on a movie song that became one of the best-known duets of the decade: Endless Love by Diana Ross and Lionel Ritchie.

Written by Lionel Richie, the song was written for the film based on the book of the same name by Scott Spencer.

Produced by Richie and arranged by Gene Page, the song was recorded for Motown, who released the soundtrack album.

Released on August 1, 1981, the ballad climbed the charts quickly, hitting the number one spot on the Billboard Hot 100 in two weeks, and held on to the top spot for ninr weeks until mid October.

The single was the second bestselling single of the year (after Kim Carnes’ Bette Davis Eyes) while the movie was a modest success.

For Diana Ross, the single was the bestselling single of her career and her 18th number one Billboard hit of her lengthy career. Richie was nominated for an Academy Award for Best Song and this was one of his bestselling singles of his career.

The song hit number one several countries including The Netherlands, Canada, Ireland, Norway, Switzerland, Sweden and also hit number one on the US Adult Contemporary and Black Singles charts.

The song was covered in 1994 by Luther Vandross and Mariah Carey and re-recorded country-style by Richie with Shania Twain in 2011 for the finale of her reality tv show.