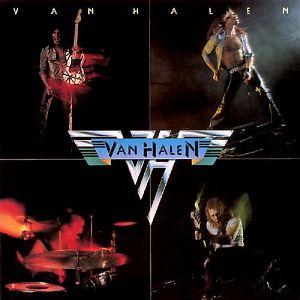 The self-titled debut album from Van Halen may not have been a critic favourite, but fans made it one of the best-selling albums of the decade and all time.

An appearance at the Whisky a Go Go in Los Angeles, led Van Halen to be signed by Warner Bros., leading Eddie Van Halen, David Lee Roth, Alex Van Halen and Michael Anthony to start work on their first album.

Starting in Octobeer 1977, Van Halen and producer Ted Templeman decided to record the album with live performances of the songs, with the lead single a cover of The Kinks You Really Got Me.

The album cover art were sourced from photos taken at the Whisky a Go Go and the album would feature Running with the Devil, Jamie’s Crying and Ain’t Talking Bout Love.

Released on February 10, 1978, the self-titled album led off with The Kinks song as their first single.

Critics did not like the album, citing the strength of Roth’s voice but saying it was an album by the best known bar band in southern California. Rolling Stone Magazine said the band members would become “fat and self-indulgent and disgusting” in three years.

But fans liked the singles and album, and the album was certified gold in May 1978, and platinum in October 1978, selling a million copies before the end of the year. The three album singles all charted on the Billboard Hot 100.

The album remains one of Van Halen’s best-selling albums next to 1984 to this day and has appeared numerous times on the Billboard Hot 200 album chart since its release.