memories of the ’80s – Walk Like an Egyptian by The Bangles 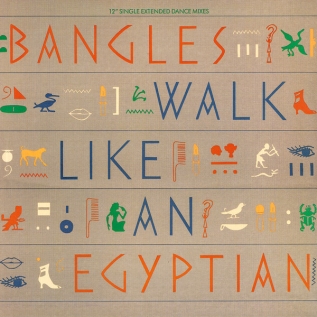 The second studio album from American band The Bangles was the key to kicking them into the A list with their single Walk Like an Egyptian.

Written by American songwriter Liam Sternberg, Walk Like an Egyptian was first offered to Toni Basil and was recorded by Lene Lovich, but the song went unreleased when Lovich needed to focus on her family.

Producer David Kahne heard the song and thought it would work for The Bangles, asking each member to sing the lyrics. Kahne didn’t like Debbi Peterson’s vocals or her drumming and she was relegated to backing vocals while a drum machine was used in the recording.

The third single from the album Different Light, the song was released in September 1986, and hit the number one spot on the Billboard Hot 100 in December 1986, and stayed at the top spot for four weeks until January 1987.

This was the first song with instruments played by an all women group to hit the Billboard Hot 100 number one spot. This also propelled Different Light to do well on the Billboard Hot 200 album chart as well and the song was certified Gold for sales of 500,000 in the USA.

The video of the song did very well on MTV and MuchMusic and was nominated for Best Group Video for the 1987 MTV Video Music Awards.

During the Gulf War and after September 11, 2001 attacks on the USA, this song was banned, but in its day it was the number one song in the USA as well as in Australia, Germany, Canada, Belgium, South Africa, The Netherlands and Spain.

A pop culture junkie with a penchant for exploring our planet.
View all posts by Waheeda Harris →
This entry was posted in Pop culture and tagged 1980s, 1986, Billboard Hot 100, Pop culture, pop music, pop single, single, The Bangles, Walk Like an Egyptian. Bookmark the permalink.